Is your “winning formula” still working? 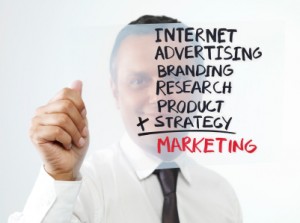 If you’re a successful solo professional or small business owner, you probably have a set of marketing activities that work well for you. Those activities could be some combination of prospecting, social media, networking, publicity, direct mail, or other tactics.

I call this your “winning formula”.

For example, if you’re a consultant you might use articles, SEO, and online networking to attract all the new business you need.

If you run a larger small business, your winning formula might involve trade shows, Google Adwords, and speaking.

No two businesses have exactly the same winning formula — nor should they. (Which is why I don’t like cookie-cutter, one-size-fits-all marketing programs. But I digress.)

But what do you do if your winning formula isn’t, well, winning anymore?

That’s what happened with a client I worked with earlier this year. He runs a small training firm and his winning formula for generating all the leads he needed was to do free workshops across the country.

That strategy worked well for him for years.

But guess what? Things changed. His prospects weren’t as interested in attending live workshops as they once were. And travelling to do them was becoming more and more time-consuming and expensive.

Now, my client could have doggedly hung on to his marketing strategy. He could have said, “We’ll make this work, dammit. We’ve just got to improve our workshops and promote them better.” But that would have been like rearranging deck chairs on the Titanic.

Instead, he did a very smart and brave thing.

He decided to develop a NEW winning formula for attracting leads and clients.

Working with me as his marketing consultant and copywriter, we created a new website for his business that educates and engages his prospects in very much the same way his workshops did. Then we set up a marketing system that utilizes social media, email, and webinars to draw in prospects who are most likely to have an interest in his services.

His new winning formula began to get good results almost right away. And today, he tells me he’s generating about 24% more leads than he was when he was dragging his suitcase across the country doing workshops.

So what’s the lesson here for your business?

I’m not suggesting you toss everything you’re doing just because you’re not getting good enough results. Your winning formula might just need some tweaking and revising.

But what I am suggesting is that you at least consider the possibility that what you’re doing to generate leads may not be working anymore and that you need to think of a new, fresh approach.

That’s not such a bad situation to be in. In fact, developing a new “winning formula” may be the best thing you can do for your business.

← Do special reports still work? They do, if... What's In Your LinkedIn Toolkit? →

Ready to turn your sales team into top-performing sales writers! Get in touch today to discuss booking an initial 90-minute training session.